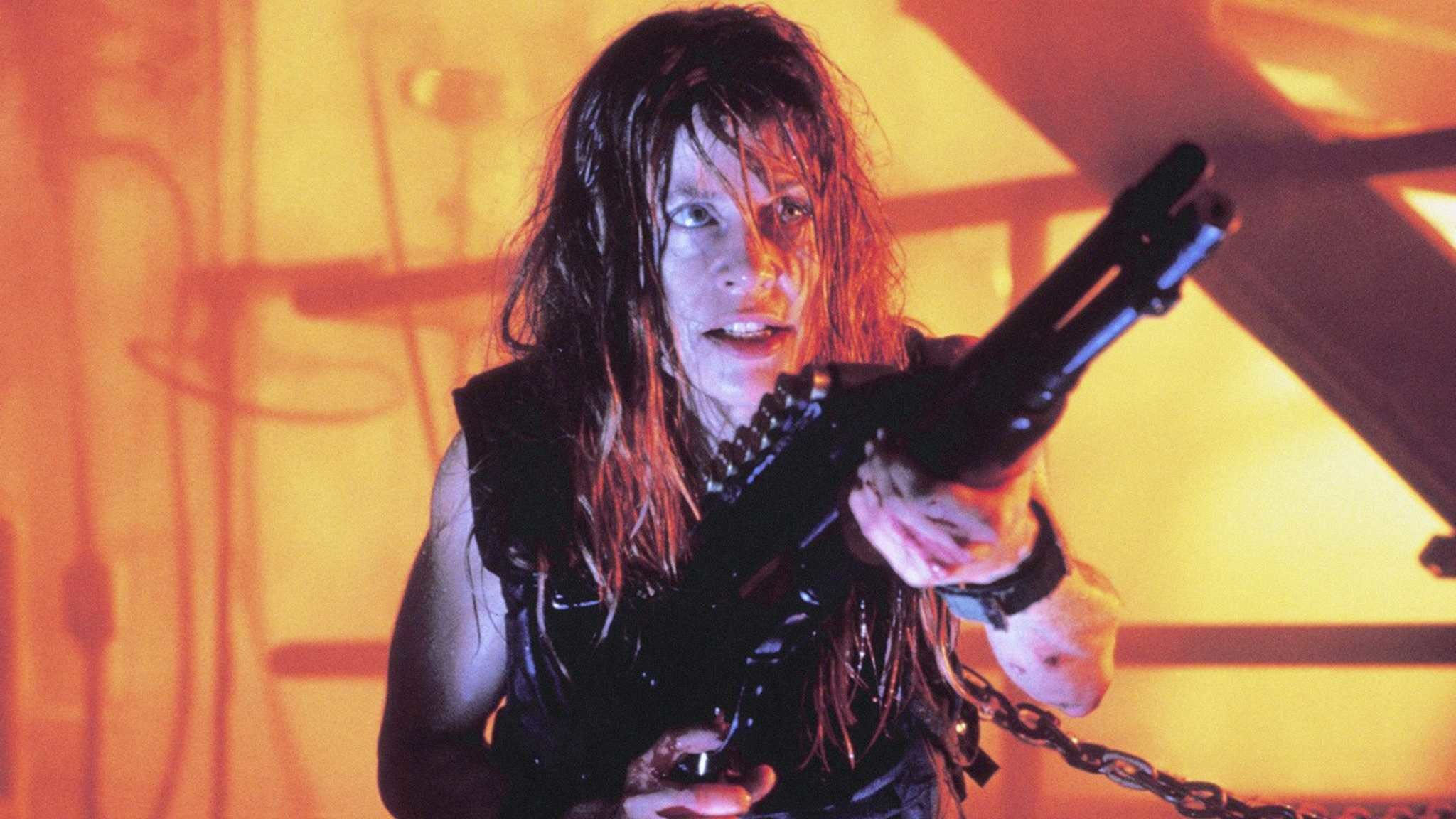 The women warriors of the ‘Terminator’ films

By Daisy Phillipson August 14, 2018 No Comments

When the Terminator said he’d be back, we didn’t think he meant it quite so literally. The sixth Terminator film is currently in production and set for release on November 22 2019, 35 years after the first film hit theaters and changed the face of sci-fi forever. We can only hope Terminator 6 will ignore all of the sequels past Terminator 2: Judgment Day and will offer a fresh spin on this wrung out franchise.

Although the opposite often rings true, with Tim Miller (Deadpool) directing, James Cameron (Avatar) producing, and (best of all) a story that will see the triumphant return of our fave Terminator character Sarah Connor, it is looking hopeful. But better yet, Linda Hamilton (Dante’s Peak) is back on set, reprising her role as SC.

In line with the rise in the female-led action movies in recent years, the new Terminator instalment will introduce a bunch of new characters including Dani Ramos – a young Mexican woman played by Colombian actress Natalia Reyes who’s being hunted by a new Terminator (played by Gabriel Luna). Oh yeah, and Mackenzie Davis is set to star too!

In celebration of the leading ladies of Terminator 6, here are the fiercest female characters from the previous movies in the franchise.

A contrast to the relentlessly badass Sarah Connor in the first Terminator movie, we had her roommate and BFF who, while not quite of the woman warrior status of her buddy, was still powerful in her own right.

Did she ever stop listening to that Walkman? No, no she did not – it might have led to her demise, but at least Ginger (Bess Motta) was jamming out right up to the end.

The OG Sarah Connor played by Hamilton is one of the most kickass film-based females in movie history. As she becomes a warrior on a mission, she must protect her son John from an even more powerful cyborg while also preventing Judgement Day from ever happening. Yikes! While we might be experiencing franchise fatigue, we can’t wait to see the actor return to her role in Terminator 6.

Jonathan Mostow’s threequel really did mark the rapid descent of the Terminator franchise. By this point Sarah is dead, signalling Hamilton’s departure and leaving Nick Stahl’s John Connor and Claire Danes as his confused wife to deal with the human elements of the Rise of the Machines.

On the plus side, it was the first time we got to see a female terminatrix, so that’s something. Named T-X and played by Kristanna Loken, she had all the deadly elements of Arnold Schwarzenegger‘s cyborg but with none of the questionable bulges. Oh no wait, scrap that . . .

Set in the year we’re currently in, the fourth in the franchise centered on John Connor, this time with none other than Christian Bale (The Dark Knight) as the central character.

But we’re all about Blair Williams played by Moon Bloodgood (Faster), pilot of the Resistance under John’s command and friend of Marcus Wright (Sam Worthington). Sexy, smart, and a dab hand with weaponry, Blair is one of the fiercest females of the entire franchise.

Aside from Emilia Clarke (Game of Thrones) as a totally weak version of Hamilton’s Sarah Connor, there’s only really one other woman to speak of and that is Detective Cheung (played by Sandrine Holt). That’s not to say we’re not totally for her character, who actually turned out to be the T-3000 in disguise. Who knew!?